Almost 60% of vehicles on the road contain high mileage engines, which means their odometer readings exceed 75000 miles, and you might be one of them. These older cars mostly used conventional motor oil. But due to the exclusive benefits of synthetic oil, you must want to switch to synthetic motor oil.

Generally, a debate has been continuing for a long time in the automotive industry whether switching to synthetic oil in higher mileage engines is beneficial or harmful. If you want to know the answer to this question, simply in a line:

We would say that switching to synthetic oil in a higher mileage engine is totally out of danger, but you have to take some precautionary measurements before doing it.

In this blog post, we would help you to solve this myth in detail. It is advised that to understand the concept, read till last.

What is synthetic oil?

Before you consider switching to synthetic oil, you need to understand what is synthetic motor oil.

Conventional motor oil is made from the crude oil pumped out from the earth. The oil refineries thin their viscosity to the desired level. It may also contain some oil additives like ZINC or ZDPP that act as detergents and enhance its cylinder washing ability.

On the other hand, synthetic oil is produced through an artificial process under controlled lab conditions. Although, its production starts as a byproduct of crude oil then goes under much more refinement.

What are the benefits of synthetic oil?

Synthetic oil performs better as compared to conventional oil. It operates better regarding the temperature changes, such as it resists to get thickens in cold temperature as well as thinning in hot temperature. It has more tendency to clean out dust and debris from the engine.

It performs better in a high mileage engine and also increases the time interval between the oil changes. Besides, some manufacturers, that claim to make their synthetic oil from natural gas assure their oil performance excellent as compared to the conventional oil made from crude oil.

Why do you think about switching to synthetic oil?

If you’re wondering to switch to synthetic oil due to its better performance, you are not wrong. The benefits that come from using synthetic oil would not let you down especially when you compare its slightly low price difference as compared to conventional oil. But the output difference is very vast. It is all due to advancements in science and technology.

In the past, warnings were issued about switching to synthetic oil, as this could damage the engine. The reason was that many synthetic oils contained esters, which are organic compounds mixed with alcohol. This combination was previously difficult on engine seals and caused them to wear out and begin to leak.

Synthetic oil technology has improved over the years, and most cars on the road today should be able to use synthetic or regular oil, as long as the proper weight is used. However, older vehicles, especially those with high mileage, are the exception. The seals on these engines may not accept synthetic oil additives. However, that does not mean that it is impossible to go synthetic in an older car.

To understand the delicacy of synthetic oils, we spoke with Sarah Nordin, who works at Exxon Mobil.

“This year we introduced a new high-performance synthetic motor oil, Mobil 1 Extended Performance High Mileage. The new oil is specially designed for high-mileage vehicles with more than 120,000 kilometers on their engines, ”explained Nordin. “It is a fully synthetic material specially formulated to help resist oil breakdown, prevent sludge and stop leaks in higher mileage engines.” That last point was the only reason not to use synthetic oil in an older engine, a notion now seemingly dismissed as yesterday’s recycling.

How to switch to synthetic oil?

The instructions are very easy to follow, just change the oil as you normally would. Any “confusion” is just a myth. You can replace conventional motor oil with any synthetic oil (and vice versa, if desired) without following special procedures.

There are two exceptions: a higher mileage engine that never used synthetic engine oil or an engine that used conventional engine oil and received insufficient maintenance.

The reasoning behind this impressive range is that an engine with high mileage, or that has undergone infrequent oil changes, is likely to have a considerable accumulation of sludge and deposits. Synthetic engine oil will help clean your engine while you are driving, but it will have a lot more work to do on a very “dirty” engine, so it is best to change the oil more often during the first thousands of kilometers. After that, you can be sure that synthetic engine oil will continue to keep your engine clean and well-lubricated miles after miles.

When the term “older” is used to refer to cars, it refers to cars manufactured before 1990. The risk with these models is that gaskets, joints, and other components are often not as tight as the newer models. Since synthetic oil cleans sludge better, it can remove deposits that act as seals. This can lead to leaks that will burn the engine oil and will require you to check oil levels and replace them more often. Otherwise, you risk damaging the engine or other components.

It is not correct to say that you should never use synthetic oil in an old car. If the car has been maintained and is in excellent working condition, synthetic oil can protect the vehicle and extend its life. Also, whenever you change from conventional oil to synthetic oil, always be sure to change the oil filter after every oil change.
Another good tip experienced by many high-mileage car owners, if you’re switching from conventional to synthetic oil it is better to change your synthetic oil at the short oil changes interval (3000-5000 miles) two to three times with oil flush and oil filter in order to surely remove all the sludges and debris deposited in the engine.

Reviews about switching to synthetic oil

How long should you wait to switch to synthetic oil?

Will switching to synthetic oil cause leaks?

Will switching to synthetic oil cause lifter noise?

If you have an older engine that is likely worn out, meaning it has excessive or limiting bearing clearances, the synthetic oil will slip through this opening and possibly cause engine noise.

I’m not saying this will happen if you use synthetic oil in an older engine. What I’m saying is it will sometimes happen in older, high mileage engines, and when it does, go back to normal oil and see if the noise goes away. If this happens, you will at least know what the problem is. I would save my money for a new engine or a new vehicle, if so.

Hence, the noise problem is not due to the synthetic oil itself, it is mostly due to some fault in your engine.

Is it worth switching to synthetic oil?

Yes of course. Switching to synthetic oil will put a new life in your engine and prolong its life. It will enhance the engine’s fuel efficiency as well as engine protection regarding all aspects. That’s the reason, now every car manufacturer’s recommending synthetic oil in a new car.

However, we advise you must consult your mechanic before switching to synthetic so that he should check your engine’s condition and enable it for this modification.

High mileage oil is designed for vehicles over 75,000 miles. … As a general rule, most new cars require synthetic oil. Older cars generally work well with conventional oil, unless your vehicle is more than 75,000 miles, in which case high-mileage oil is recommended.

However, if you want to access the benefits of full synthetic oil in your high-mileage engine, there are not any restrictions unless you can bear its slightly more expenses as compared to other oil.

Although, every situation is different. However, if a vehicle has been well maintained and in good working order, synthetic oil can extend its life more.

If you decide to switch to synthetic oil in your old car, talk to a professional mechanic first. They may want to check your vehicle and make any necessary repairs or replacements before switching. This will help protect your old model vehicle and ensure its long life and continued performance. 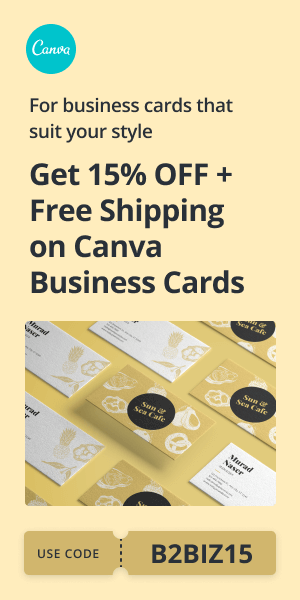